Reliable and affordable...electricity from MMU

It wasn’t until the late 1880’s that electricity was beginning to be produced for cities in Iowa. Manning residents were anxious to have this power also, but it wasn’t until 1901 that the first electric light franchise was issued to W.B. Swaney and Peter Ohrt for a period of ten years. Some of the present plant and some of the distribution lines were built by Iowa Public Service Company at that time. The plant ran only when electricity was most needed by its customers. The $100,000 building was finished in 1928. It was a pressed brick structure trimmed with crus cone stone. Ornamental windows adorned the structure, and it was a building of which the city of Manning was proud. Two 400 horsepower oil engines furnished the city with its power needs for thirteen years. Maurice Heider was the chief operator—Louis Suhr the assistant.

The Manning Municipal Light Plant was started in August of 1927 when it bought out the Manning Electric Light and Power Company and IPS at the cost of $135,000. The board was comprised of R.G. Sutherland, O.W. Wyatt, and P.H. Jones with Sutherland as chairman. In 1938, the first full year of operation, there were 951,109 kilowatt hours sold. This increased to 4,966,938 kilowatt hours in 1959, and then to 13,469,297 in 1979. Additions needed to be made to the plant to accommodate the increase in usage, and the system kept updating.

In 1956 voters approved that the light plant purchase power from Northwest Iowa Power Cooperative and the Bureau of Reclamation. A 69,000-volt tie line and a substation at the light plant were built. The tie-in was made on June 10, 1957. The Bureau furnished the first 800 kilowatts used each month, and the local plant picked up the rest of the demand. In 1960 more power became available from the Bureau, and the local plant closed down to be used only as a standby.

As the demand for power increased, the Manning Municipal Light Plant made additions, replacements, and improvements to the system. In the 1970’s all electrical lines were moved underground. Manning was one of the first cities in Iowa to do this. It was also one of the first cities to have mercury vapor lighting in the business and residential areas. In the 1990’s these mercury lights were replaced in the business area with high pressured sodium lights. As residential street lights need replacing now, sodium lights are installed, as they are more energy efficient.

To make the system more reliable and to meet the growing needs of AGP, a new electrical substation was built in 1992. A referendum was passed in 1996 to create a communications utility, MMCTSU, and this utility became a separate entity. The electric utility also installed the communications infrastructure in 1999.

By the early 2000’s ninety percent of the city’s distribution wires were underground. Up-to-date switching gear in the plant is was installed. And upgrades to the light plant were done. These upgrades made the system more reliable and improved the ability of the switching system in times of outages. The original generators in Manning’s plant can still be utilized in case of an emergency. About one-fifth of the city could receive electricity from these at one time, and the system is set up to switch around to different parts of the city. Locations such as the hospital, school, Rec Center, and senior center would be served with electricity so that people could gather.

In 2012 Manning’s new power plant was completed. It has a capacity of 6MW, which provides Manning Municipal Utilities with enough capacity to cover the loads of the community plus AGP during most times of the year should a transmission or substation outage occur. The new generation facility is located near the existing power plant and related substation, inside a new generation plant. The project was constructed in conjunction with replacement of the existing substation switchgear, and provides cost savings as compared to doing these projects separately.

In 2010 Manning Municipal Light Plant teamed up with the USDA loan and grant program and was approved for a $250,000 revolving loan fund grant. This program has allowed Manning Municipal Utilities to loan money for developing and expansion of small businesses. It’s a self-replenishing pool of money, utilizing interest and principal payments on old loans to issue new ones. To date MMU has funded 5 area businesses.

In 2012 all of the highway lighting was replaced for improved safety. Improvements were made in the city park for the lighting needs for the Christmas festival, Weihnachtsfest. Lighting has also been installed around the “Welcome” to Manning signs on Highway 141, the artwork along 141 by the little league fields and the lit structures that were placed on Main Street. Manning Municipal Utilities has recently completed the trail light project. The utility employees worked with the City of Manning to install lighting along the new trail system in Manning City Limits. 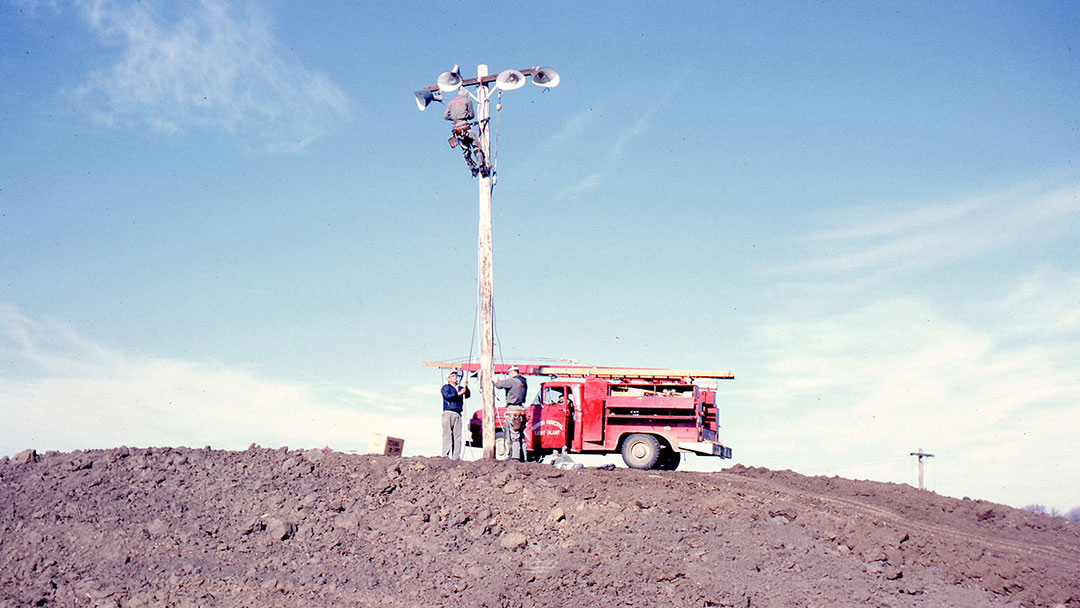 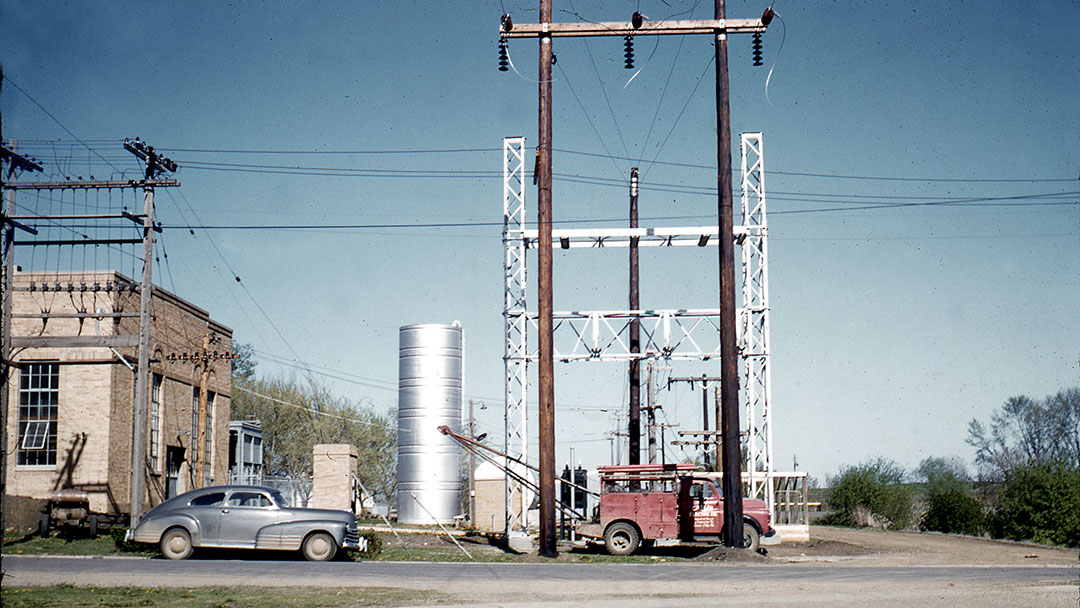 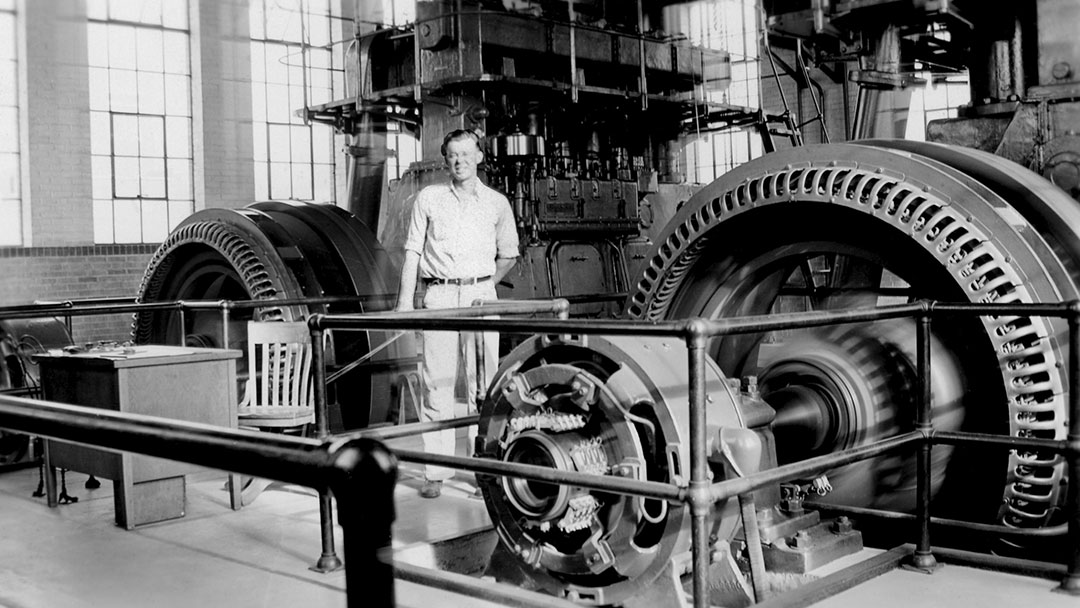 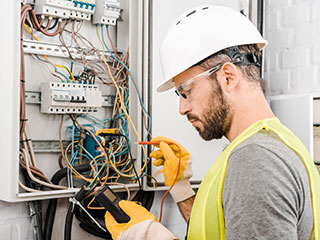 Call before you dig.

One free, easy call gets your utility lines marked and helps protect you from injury and expense.